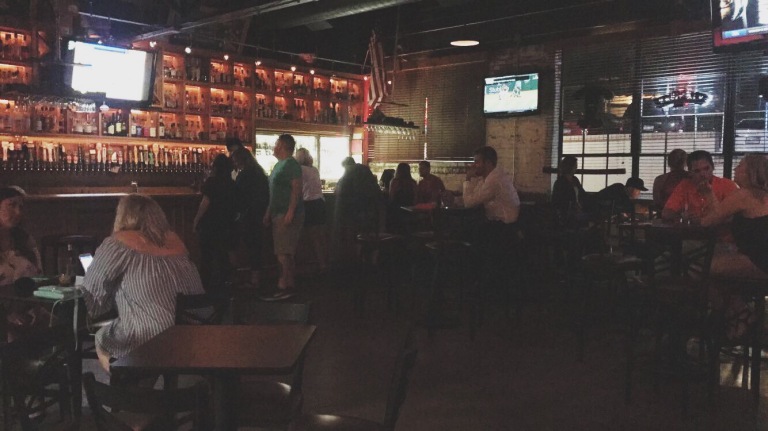 Okay so I went up to my old college town this weekend and it was eventful for sure. So Saturday night my friend’s boyfriend dropped us three (all girls) off on Dickson Street, the beginning of the street of bars.

Jess, Alex and I start walking to find a bar we want to go into and this man that was outside of a bar asks Jess if we want to have a good time. Now this man is definitely middle aged, around mid 40s. She laughs it off and we keep on walking.

Alex is a pace walker so she was already ahead of us so this man kept asking Jess and I as we passed bar after bar if we would like to go in there to have a good time and Jess kept telling him no.

I grab onto her arm and we walk faster as I tell her we need to go in somewhere so he will stop following us. We go up to this one bar and we’re waiting to get carded. The man then asks me if we wanted to have a good time and I gave him a bitch look and said no??? with an obvious attitude.

Jess then tells the bouncer “Hey this man has been following us and he’s creeping us out. Could you let him not in?” And the bouncer obviously said yes. We get inside and the man tries to and bouncer tells him to leave. We were all freaked out. 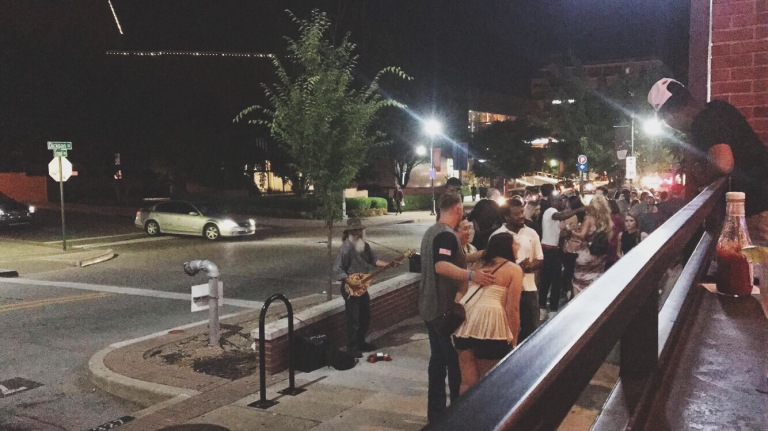 Afterwards we end up at this other bar and hang out. Now as you can see from the picture, this is where we were sitting. Every now and then drunk guys would high five us. And at one point this one guys tried to high five us and we weren’t paying attention. He then stops and complains how we didn’t high five him back and Jess apologized and high fives him back.

About ten minutes later that guy and his friend show up behind us and introduces themselves to us. So the guy asks if they could join us, since jess is too nice, she says yes.

This one guy sits next to me and does the usual convo about my job, where i’m from, etc. He then tells me he finds me very attractive and that i’m very gorgeous. I proceed to tell him thank you and he tells me “Oh no, don’t thank me! Thank God!” And I am just naturally awkward so I don’t know what to say next so I just say “I appreciate it” with a smile.

Outside was this homeless man playing his guitar for money. This guy that was talking to me and Jess tell us he’s going to try and ask to play his guitar. And if he does we have to come out and watch.

So he goes out and plays a little of his strings to check and he comes back to tell us that the man is missing two strings. We chat a little bit about the man.

He then says that he doesn’t want to interfere or do anything to ruin the relationship. And I was like thanks dude. He makes that ~original~ move and comments “Cause you know, you don’t even think i’m attractive.”

I replied “Nah” awkwardly and looked down at my drink. I guessed that kind of pissed me off because what if I did say he was attractive (he wasn’t)? He would definitely try to pull a move on me since my bf is in a different country and i’m there right now with him. So fuck you dude. 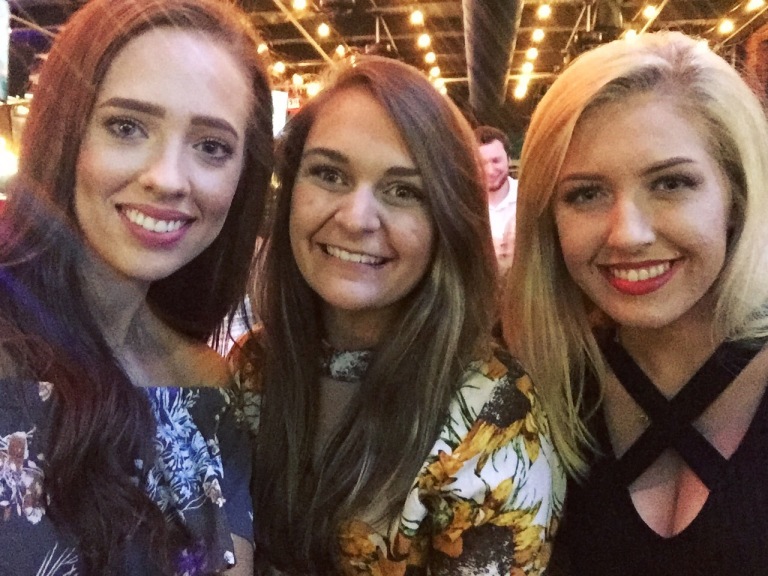 So yeah that’s my story of the weekend! It was interesting definitely. Hope you all had a good weekend!